This is the second part of our Taming Syria investigation.

Greetings! We are Anonymous.

Bidders had to be able to deliver HMG funded programmes in three areas:

3. Operational support: quickly hire and mobilise expert staff internationally, and locally in the region from a range of thematic backgrounds and functional areas, that were well versed in operating in the region and in conflict affected contexts. Provide a range of services to develop the capacity and credibility of a nascent political institution or transitional authority. This included but wasn't limited to provision of experts, mentors, instructors, training teams, equipment, technical services, legal assistance, and capacity substitution, etc.

The project commenced in 2014.

6. ARK and its justice sector partner Tsamota supported the establishment of the Syrian Commission for Justice and Accountability (SCJA). The SCJA had grown to be a majority-Syrian not-for-profit organisation with over 90 staff. ARK 2.1.8 https://ufile.io/d3dnkx5e

ARK was behind the anti-regime protests in Saraqeb, Idlib, in 2013:

ARK used its networks to facilitate links between the Syrian opposition and grassroots media:

13. Trainings on a range of media topics, from citizen journalism workshops with Syrian media activists, to working with senior members of the National Coalition to develop a core communications narrative. ARK 2.2.10 https://ufile.io/2rv9ndq7

More than 150 activists were trained and equipped by ARK: 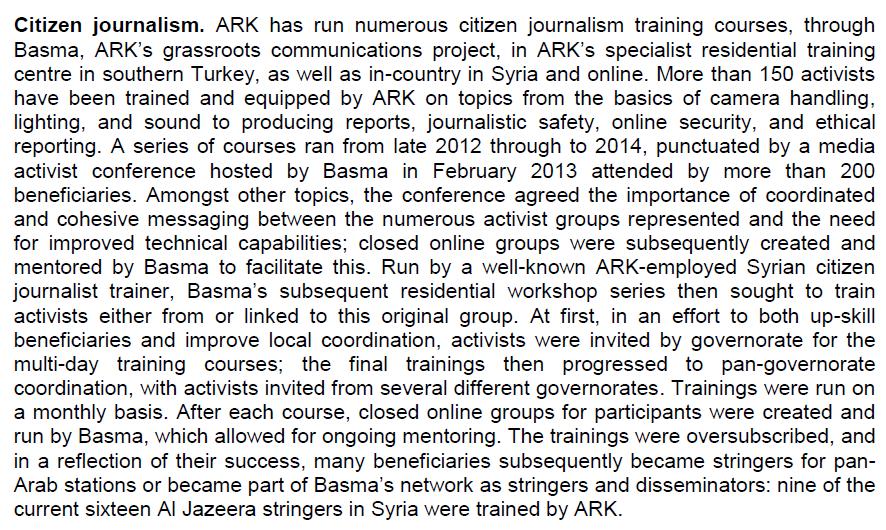 15. ARK, as a company that had specialised in Syria programming for more than three years, had access to a wide-range of networks in Syria. ARK 2.2.13 https://ufile.io/yckzx9a9

ARK trained over 1,400 beneficiaries representing over 210 beneficiary organisations in more than 130 workshops, and disbursed more than 53,000 individual pieces of equipment. This network reached into all of Syria's 14 governorates (see map below):

The following excerpt needs no comment. Media activists, civil society organisations, human rights defenders, refugee communities, IT managers, Interim Government PM, senior members of the Free Syrian Army and many others were in the ARK's network: 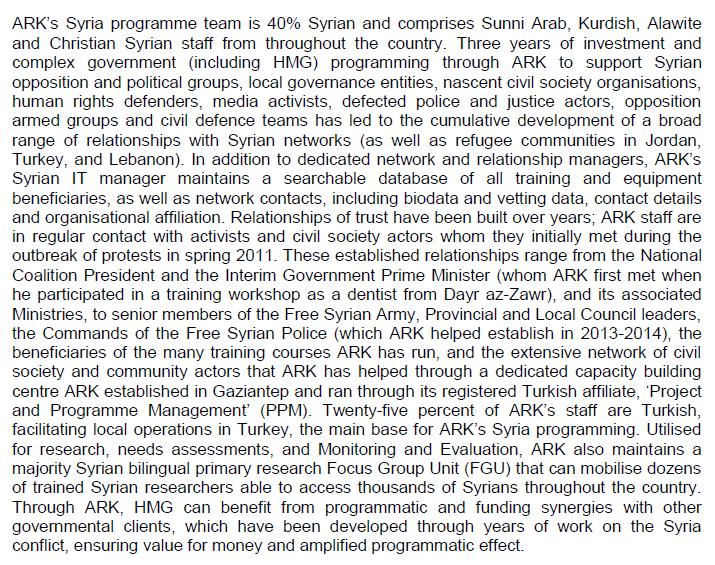 22. ARK created and ran a Twitter feed and Facebook page on behalf of the Civil Defence teams, posting photos and updates on their activities in English multiple times a day. ARK 2.3.7 https://ufile.io/k8gv0b5k

27. ARK carried out 16 Planning for Civil Administration and Transition (PCAT) workshops, working with a total of 330 members of local councils, local coordination committees and other governance actors from eight provinces across Syria. The PCAT model was adopted by the US government as a delivery template in Syria. ARK 2.4.7, ARK 2.4.8 https://ufile.io/mlo9jf0k

28. Types of Operational Support services as a standard part of its programming, with examples of pricing. ARK 2.4.9 https://ufile.io/t1qc0d2h

InCoStrat experience in promoting Syrian opposition in the Media:

7. Members of InCoStrat worked with the Syrian National Coalition's (NC) Media Office in Istanbul to develop strategic communications capability and also the Libyan National Transitional Council during the combat and post combat phase in Libya in 2012. 140917-InCoStrat-2.2.7-stratcoms political institutions_Release https://ufile.io/5d1bm0db

15. Members of InCoStrat had been managing and delivering on behalf of an existing implementer an FCO funded project to provide media and communication support to the moderate Syrian armed opposition since October 2013. The project at the time received approximately 40% of its funding from non-UK sources to ensure it was sustainable whist maintaining the UK's 'Golden Share' and control. 140917-InCoStrat-2.2.202.2.21-example of successful stratcom project_Release https://ufile.io/9ubn19ip

16. InCoStrat team were in weekly contact with a network of over 1600 journalists and people of influence related to Syria, and had established relations with most of the key regional media outlets, to include TV, radio and print. 140917-InCoStrat-2.2.23-content delivery_Release https://ufile.io/b8zdqx24

The project's aim was to select, train, support and mentor Syrian oppositionist media activists who abided by a set of values that were consistent with UK policy. A partnership was required, between the UK (delivered through a commercial implementing partner) and the selected Syrians. The project needed to establish and support a network Syrians operating both from outside and inside Syria with the necessary skills and equipment.

The implementer assumed responsibility for the project from 1 Jan 15 for a period of 15 Months to the end of FY 15/16.

Albany believed that Basma project had been compromised and proposed an alternative: 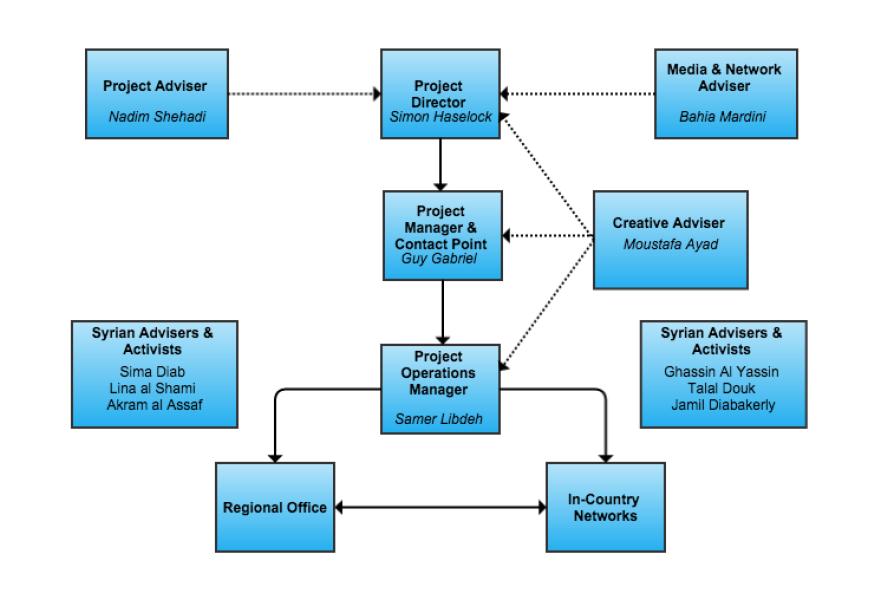 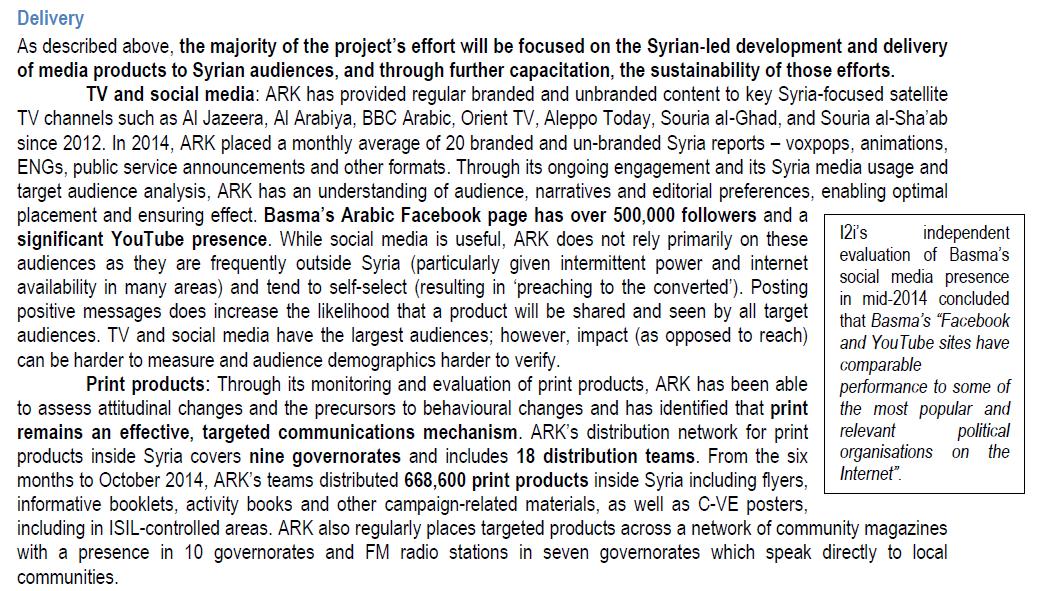 The purpose of the project was to contribute to an effective and credible Syrian MAO through StratCom and Media Operations capacity building; as part of the achievement of wider HMG intent. This took the form of centrally coordinated support to the Revolutionary Forces Syria (RFS), at the operational and tactical levels, with the capability to expand back into the strategic space, to help build an effective opposition political-military interface and to make MAO broadly accepted as the alternative to the Assad regime.

Albany's track record of supporting military forces in a theatre of operations and enhancing reputation and media performance of high profile and key Syrians:

The project aimed at enhancing the reputation of the SMC/FSA and improving FSA discipline thereby degrading the Assad regime narrative through effective STRATCOM.

Project started in October 2013 and lasted until March 2014.

10. To ensure the sustainability of the project, ARK had chosen an Arab-led team from the outset to ensure maximum SMC/FSA buy-in to, and engagement with, the project. CPG01737 ARK 1.4.6 https://ufile.io/vrbdxnhw

OTHER FCO FILES ON SYRIA: 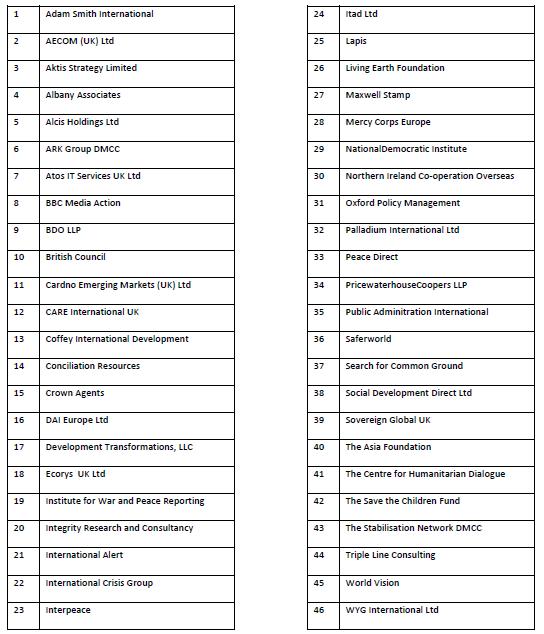 TGSN's asset SY24 staged and filmed the famous viral image of a girl trapped in rubble who tried to save her baby sister: 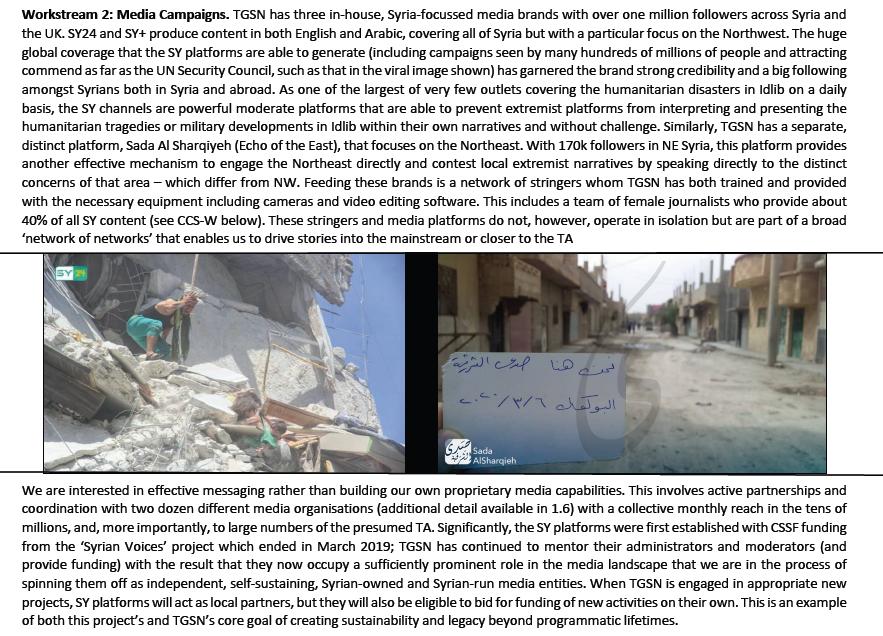 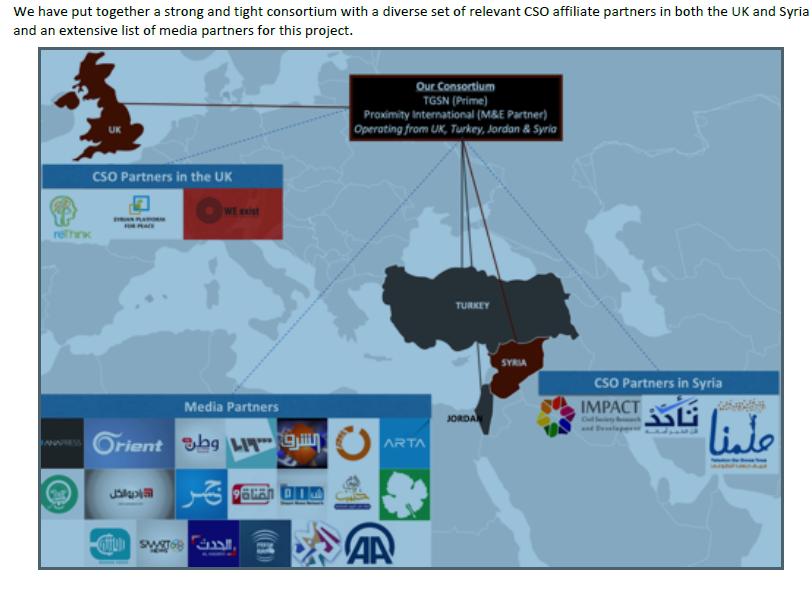 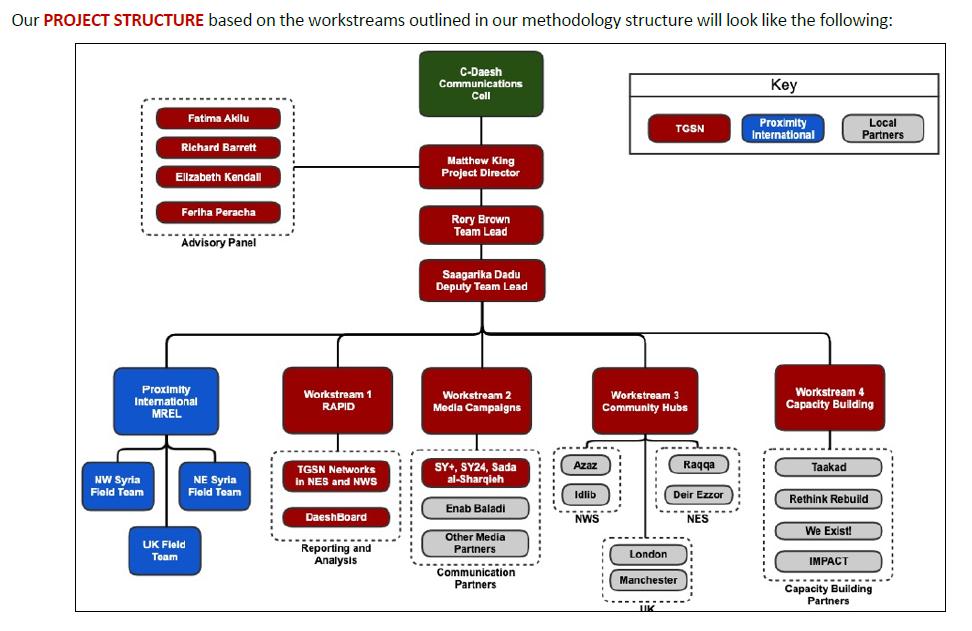 Here you can download the archive containing files from all the above mentioned FCO projects. https://anonfiles.com/z9B2AeRbob/Complete_FCO_rar

This is a detailed but far from complete picture of HMG involvement in the Syrian civil war. They nurtured those allegedly independent civil society organisations, mentored activists and created networks of allegedly independent Media. They trained, equipped and armed the rebels. They created the image of valorous opposition fighters... the list may continue endlessly.

This time we make no demands. Op. HMG Trojan Horse has just begun and we are not going to stop. We call on all independent Media from around the world to join our effort and expose criminal activity of the UK's FCO and secret services. We declare war on the British neocolonialism!

We do not forgive.

We do not forget.

You should have expected us!

The Single Best Strategy To Use For Id Verification Service Revealed

You have reached your limit of 5000 friends!

File size error: The file exceeds allowed the limit (244 MB) and can not be uploaded.

Unable to upload a file: This file type is not supported.

We have detected some adult content on the image you uploaded, therefore we have declined your upload process.

To upload images, videos, and audio files, you have to upgrade to pro member. Upgrade To Pro